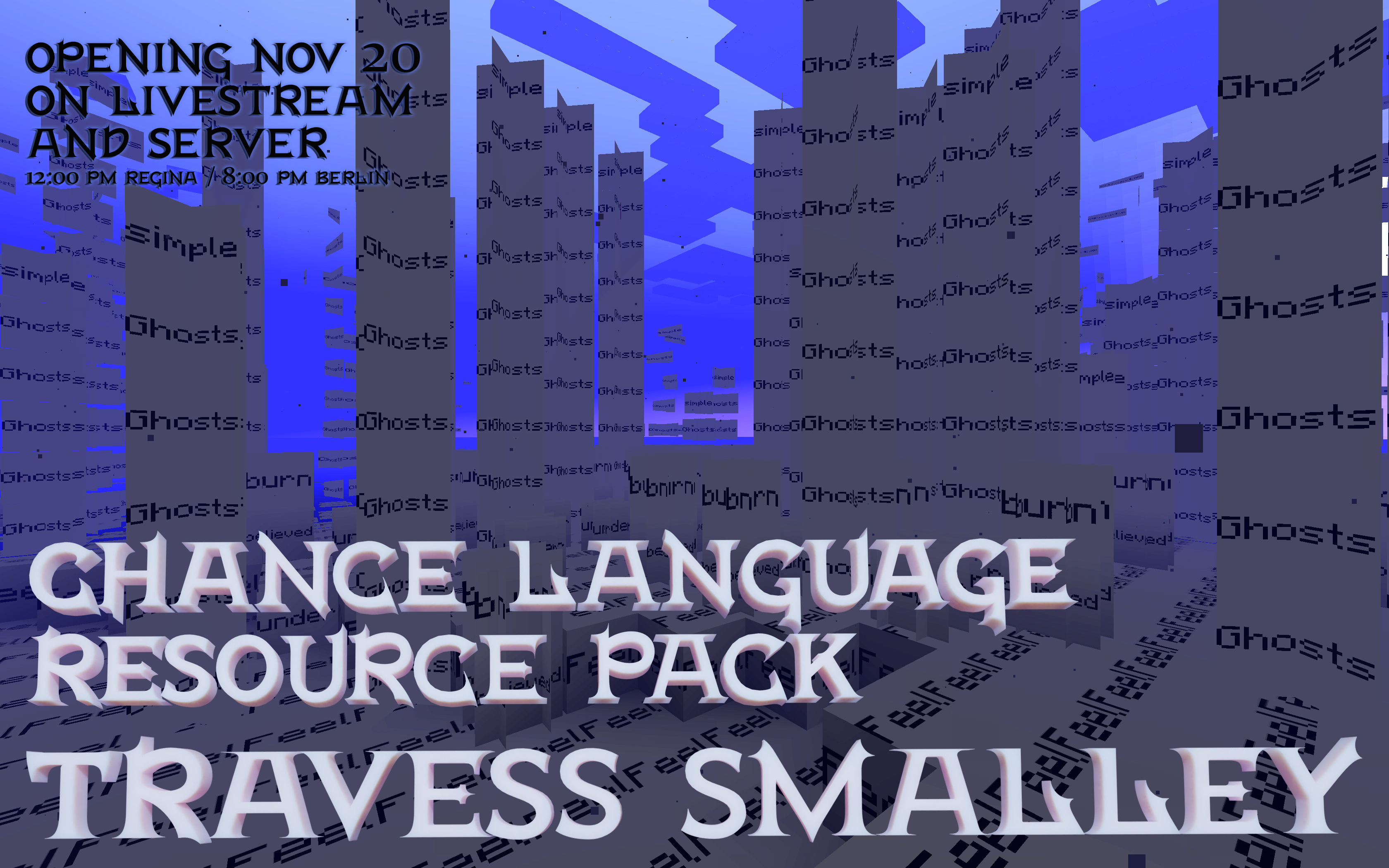 Presenting Change Language Resource Pack, a solo exhibition by Travess Smalley. During his residency, Smalley has been developing a texture pack where the images and textures present in the game are replaced with randomly generated language. The result is a surreal reading experience, reminiscent of a concrete poem, that turns the familiar Minecraft world into an abstract, austere, and newly dangerous place (be careful identifying lava!). As a companion to the exhibition, Smalley will also be releasing the full resource pack for at-home players as well

How to be an artist in Minecraft by Huidi Xiang 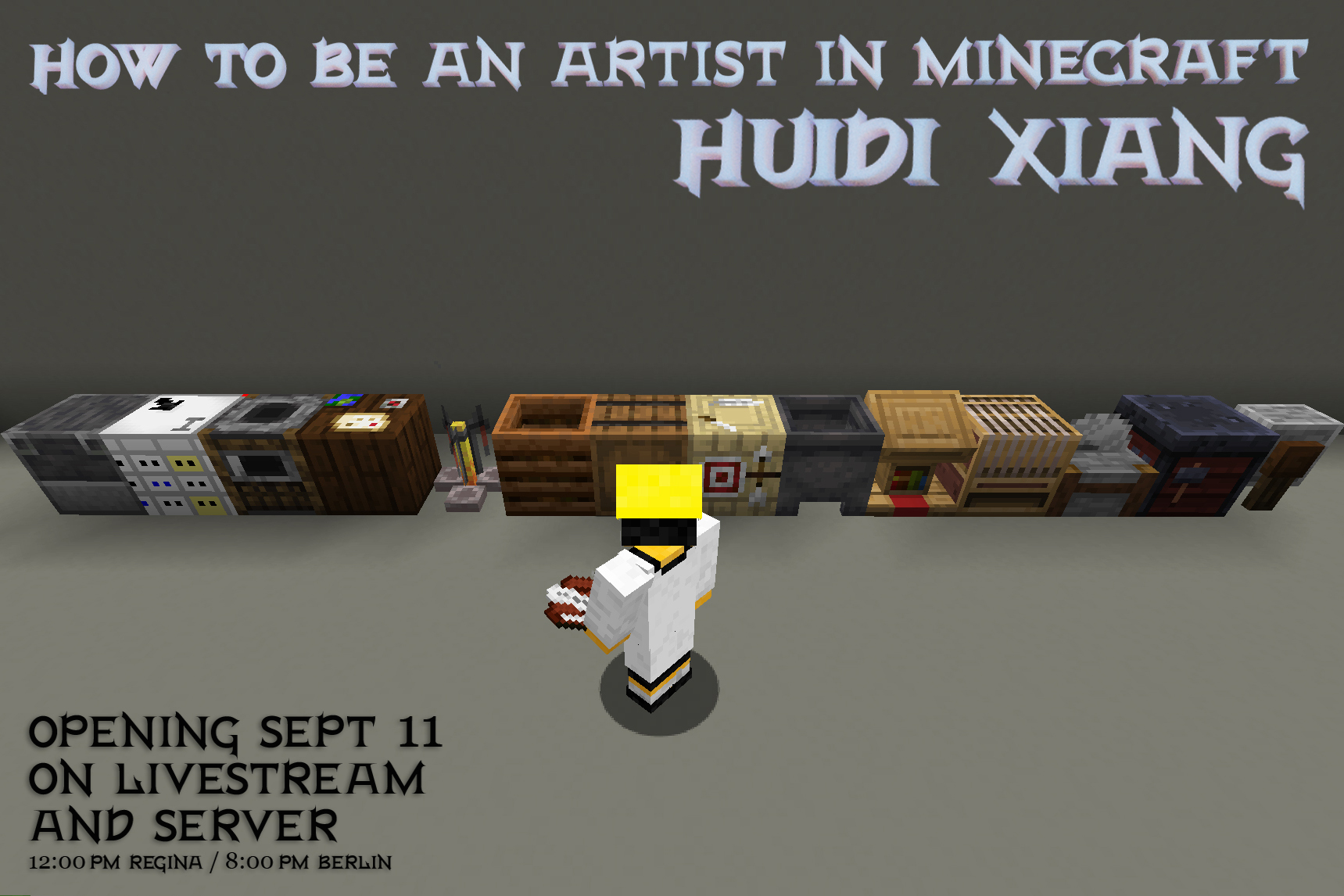 How to be an artist in Minecraft is a solo exhibition by Huidi Xiang. During her residency time, Xiang created replicas of her artist studio (both physically and in Animal Crossing) and attempted to live a parallel artist life in Minecraft. Taking on the role of an artist-labourer in the game, she also kept a detailed log of her every activity on the server for the residency period, creating a visual data record or ledger for the increasingly overlapping contexts of play and labour in video games - as well as serving to concretize her labour as an artist.

Odanak- At the Village by Simon M. Benedict 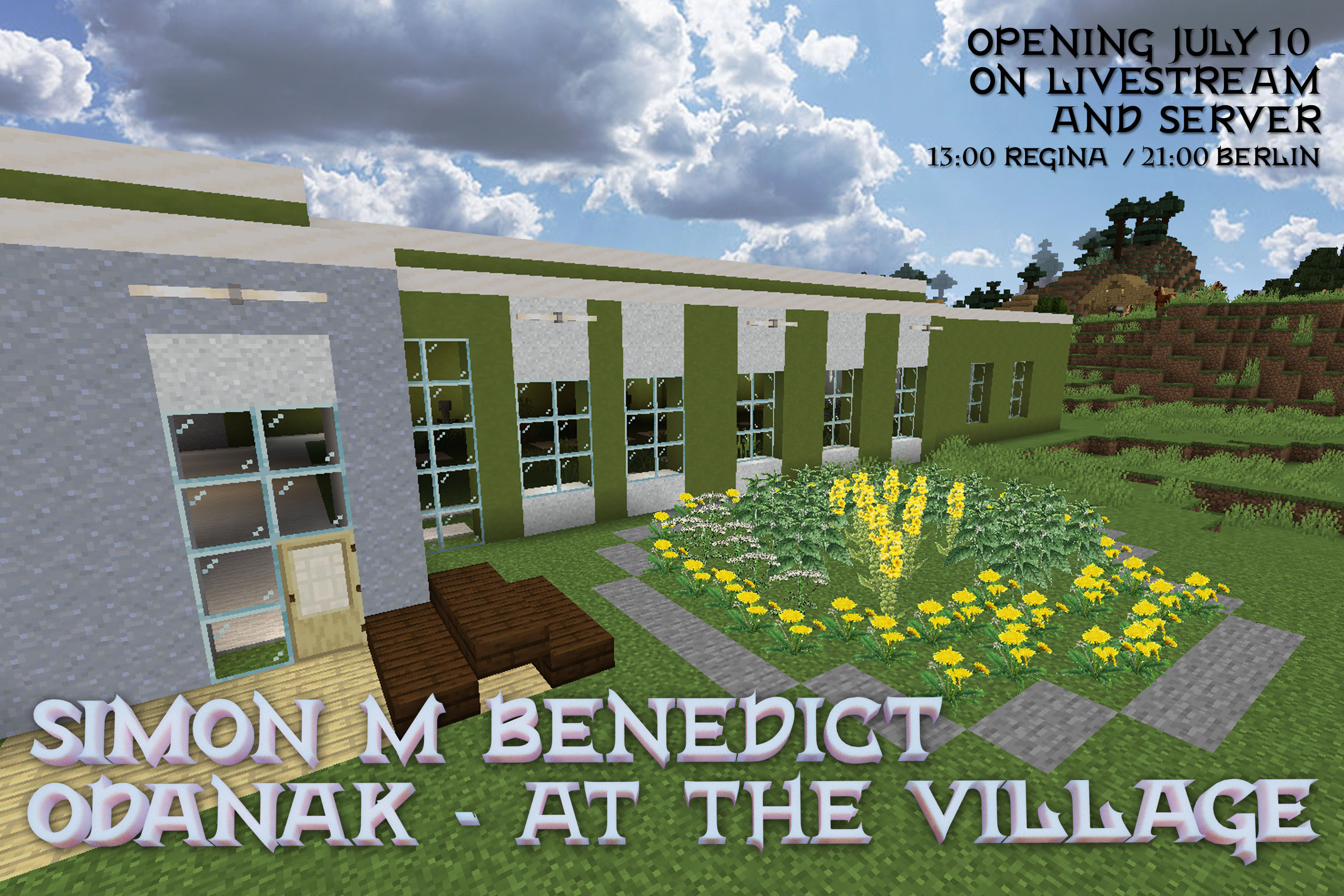 Simon M. Benedict is an artist and translator of Franco-Québécois and Abenaki descent working with video, sound, still images, and text. He combines audiovisual material from various archives to examine how fictional and historical narratives inform and stem from our understanding of unmediated reality.

In recent years, Simon’s video work has focused on the depiction of Indigenous people in media made by and intended for non-Indigenous people. After spending much time and energy researching these harmful portrayals, he was relieved and excited to be working on something more positive and potentially healing within the context of Ender Gallery. At the beginning of this residency, he planned to make an installation inspired by his sister Evelyne Benedict’s work in their family’s ancestral community of Odanak. He initially set out to create a medicinal garden based on a guide Evelyne co-authored with Donna O’Bomsawin entitled “Kinaw8la – She Takes Care of You”, an educational booklet on medicinal plants – both native and non-native – currently present on Odanak Abenaki territory. In the wake of recent conversations and news stories regarding the Canadian residential school system, Simon’s residency project, titled Odanak – At the Village, also attempts to reckon with the country’s ongoing colonial project as it pertains to the Abenaki people. It now includes architectural elements that echo this history, as well as contemporary buildings that serve to educate and heal.

Simon lives and works in what is now known as Toronto, the traditional territory of the Mississaugas of the Credit, the Anishinaabe, the Haudenosaunee, and the Wendat. This residency project has allowed him to reflect on the spirit of the territory’s Dish with One Spoon treaty, which is based in the collective care and sharing of land and resources that extends to all people living here today. 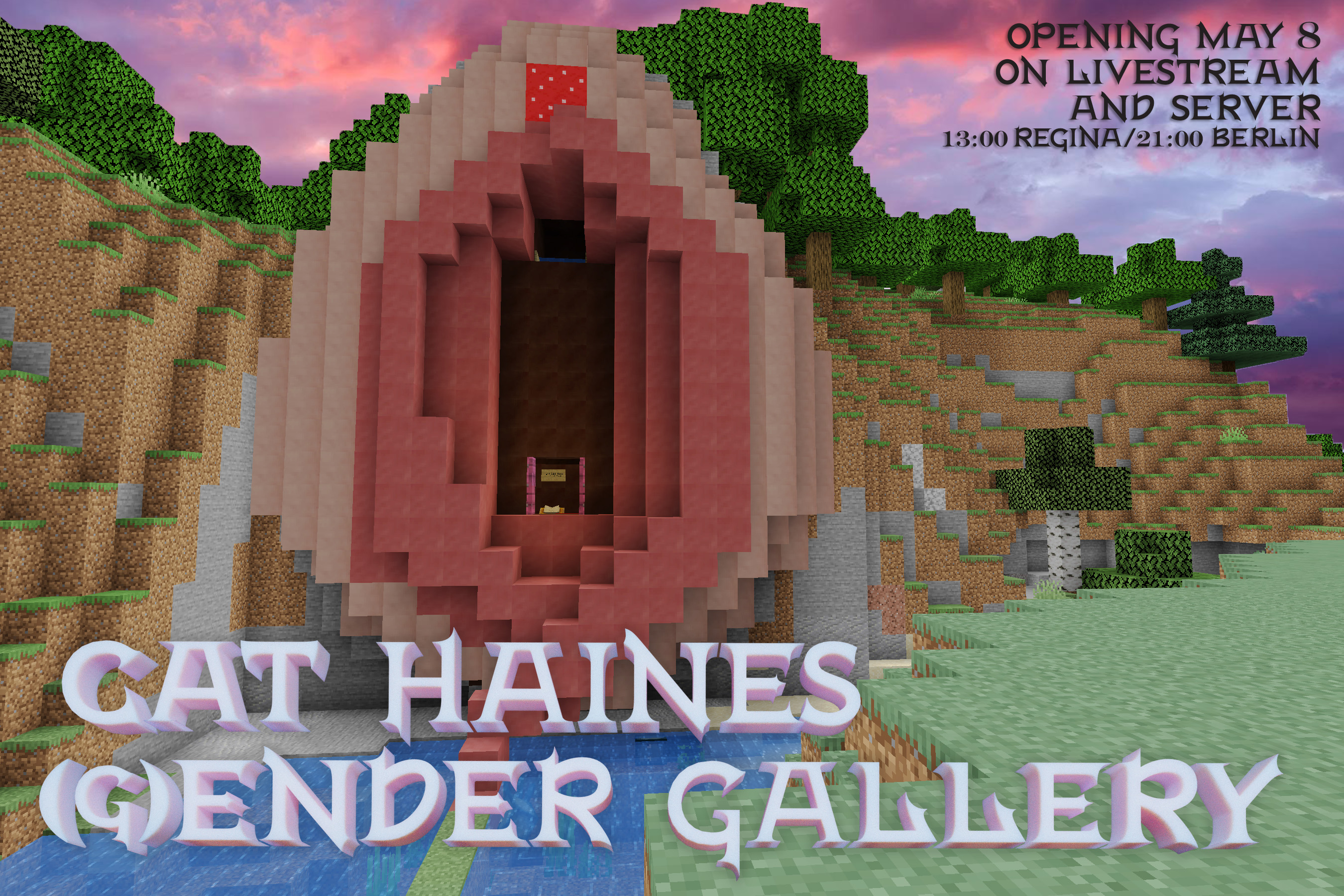 (g)Ender Gallery is a solo exhibition of the work of Cat Haines, developed during her residency on the Ender Gallery Minecraft server. Combining photography, poetry, and monumental Minecraft builds, (g)Ender Gallery explores the platform’s potential for queer and trans intimacies. The exhibition is a playful transfeminist intervention into yonic art canon that uses worldbuilding as a means of trans agency. The body of work features a colossal reconstruction of the artist’s surgically-constructed vagina that contains a gallery of text and images that reflect upon moments of her transition. The project investigates the affordances of the Minecraft platform to reject a cisgender reading of transition, through recentering narratives of trans joy.